Most people assume that any sort of lump or bump that forms on the eye is automatically a stye and refer to them as such. However, it’s just as likely that the swelling that you are experiencing is a chalazion. Here’s what you need to know about common styes (hordeolum) and chalazion.

What is a Hordeolum?

A hordeolum is an official name of what most people call a stye. A hordeolum is an infection of an oil gland at the edge of the eyelid that is usually caused by a bacterial infection. They are extremely common and can be very contagious.

Symptoms of a hordeolum include:

A patient is much more likely to develop this stye if they have a chronic inflammatory eye condition such as blepharitis, or if they fail to maintain proper hand hygiene and constantly touch their eyes, like when putting in or removing contact lenses, or rubbing their eyes.

Treatment for a Hordeolum

In most cases, a hordeolum will resolve itself. After several days, the swelling should rupture and this will release any infected material, after which it should dry out and the problem will end. In the meantime, you can use warm compresses and over-the-counter anti-inflammatory medications to ease the associated discomfort. Antibiotics are rarely useful unless there is a chance that the area surrounding the hordeolum could become infected.

What is a Chalazion?

A chalazion usually appears as a bump on the inside of the eyelid. The bump is caused by a blocked oil gland that turns into a non-infectious cyst. A chalazion usually takes several weeks to develop, and during this time it will grow progressively larger. Although they can affect either upper or lower eyelids, they are more often found on the upper eyelid since there are twice as many glands found here.

Symptoms of a chalazion include:

Initial pain usually subsides fairly quickly, but the cyst will continue to grow until treatment is sought.

Treatment for a Chalazion

Once your eye doctor at Santa Barbara Eyecare has confirmed that your swelling is a chalazion, there are several different treatment options that may be offered. While warm compresses may help to soothe the area, most patients will require either steroids or surgery to deal with the cyst.

Steroids are administered via injection, directly into the chalazion. The steroids work to reduce inflammation, and this can decrease the size of the swelling. These injections are performed by our eye care team at Santa Barbara Eyecare.

If steroids aren’t a suitable option, or if they prove unsuccessful, you may need surgery to drain the cyst. This is performed as an outpatient procedure, meaning you can go home the same day. A tiny incision will be placed into the lesion and used to drain the fluid. As this is released, pressure will start to reduce, and the size of the swelling will reduce. You’ll probably be issued antibiotics which will help prevent infection.

For more information about styes, please contact our experienced eye care team at Santa Barbara Eyecare by calling (805)-967-9990 to schedule an appointment today. 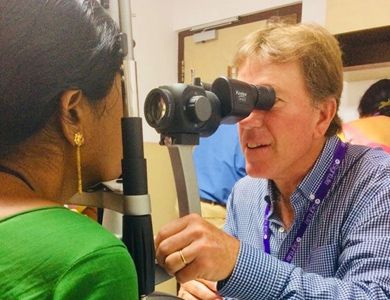 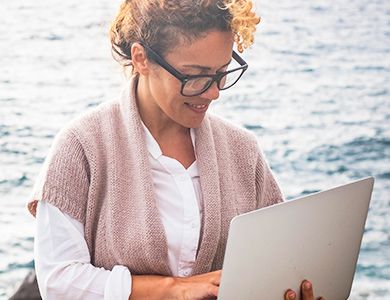 At Santa Barbara Eyecare, we provide the highest quality eye care to all our patients. Schedule your appointment today.

We've copied your review, after you click 'Publish' please paste your review by selecting 'ctrl' + 'v' into the review comments section.